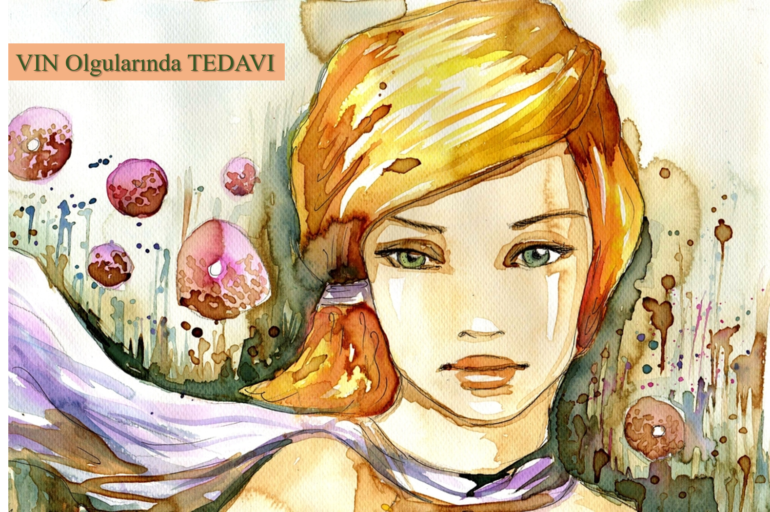 A.      Surgery:In VIN treatment the ideal thing is to remove that region. Thus relapses can be overcome greatly. However in typical HPV related VIN patients the lesions are detected in several foci in general and sometimes they cover a very large area. In this case the selection of the surgery method to be applied to the patient is very important.

For this goal 3 different methods can be used:

1.       Local removal of the lesion widely, “Local Wide Excision”: Lesion is assessed thoroughly under anesthesia, after colposcopy and 5% acetic acid application and subsequently removed to leave 1 cm clean area around it. Operation can be done via cautery, scalpel or laser, there are no differences regarding results. Regarding relapse, in different publications there are numbers given between 10-20%. Among many factors affecting relapse ratio, especially smoking and continuing HPV infection are the most important determinants
(van Seters M, van Beurden M, de Craen AJ. Is the assumed natural history of vulvar intraepithelial neoplasia III based on enough evidence? A systematic review of 3322 published patients. Gynecol Oncol 2005; 97:645.) (DeSimone CP, Crisp MP, Ueland FR, et al. Concordance of gross surgical and final fixed margins in vulvar intraepithelial neoplasia 3 and vulvar cancer. J Reprod Med 2006; 51:617).

2.       Simple Vulvectomy ve Skinning Vulvectomy: Vulvectomy is the operation of removal of the vulva. If the case reached the vulvectomy our preference shall be “Skinning vulvectomy”. In both of them the cosmetic problems more or less always occur. As relapse probability is always present, we prefer “skinning vulvectomuy”, it causes rather less cosmetic problems. In this choice, as the name indicates, the epithelial tissue of the vulva region with lesion is removed from the surface. It is preferred in patients with widespread lesions or who had relapses for many times despite many local excisions / ablations.

B.       Ablation: When ablation is mentioned laser ablation is meant in western literature. The reason is that when using laser the depth of the ablated, damaged, tissue can be set on the device used. Normally 1mm depth is sufficient for both removing VIN lesions and not to burn hair roots. However if you became handy you can also perform ablation using cautery. Laser is both expensive and sometimes causes pain in vulva, especially at the vagina entrance called vestibule. It is definitely superior to the skinning vulvectomy regarding cosmetics.

1.       Imikamol (It is sold under the name Aldara in Turkey): It is antiviral and anti-tumoral. However, it is extremely irritant against skin. Patient, when using, should care highly for the normal tissue. When applied, the treatment success is around 51% complete, and 25% partial response (Penna C, Fallani MG, Fambrini M, et al. CO2 laser surgery for vulvar intraepithelial neoplasia. Excisional, destructive and combined techniques. J Reprod Med 2002; 47:913).

2.       5-Fluorouracil: As topical, 5 Fluorouracil application has a serious curing capacity. It is known to provide 75% healing. However side effects are numerous. Thus the usage by patients is limited.

At this points it is useful to clarify something. None of the medical treatments used in VIN treatment are FDA approved as of the date of this article (August 2016). And they have potential to cause serious side effects on the normal skin at the local applied region. Thus efficient treatment is surgery.

D.      Combined Treatments: Especially in cases with suppressed immune system, not to perform continuous surgical interference, surgery + medical treatments can be applied under the scope of the experience and follow up of the gynecologist oncologist.