Risk Factors for Cervical Cancer 1
The risk factors increasing the risk of having cervical cancer is common in all different cell types. Whatever the cell type is the prevalence increases with the common risk factors.
You may see many of these risk factors on internet. To summarize and to give a little bit of detail:

1. Being sexually active at an early age. Frankly, we, gynecologists, do not want the women to have vaginal intercourse before the age of 18. The reason is that the transformation zone at the cervix, which contains a lot of metaplasic cells the HVP loves to infect, contains metaplasic cells in a broader area during youth compared to adult women. Thus, as the age of being sexually active decreases the cervical cancer risk increases.

There is also the sociological side of the issue. Whenever I give a speech on the matter, someone in the audience gets up and says “our girls do not have sex at an early age like the ones in western countries” or something in the same meaning.
Ok my friend, they don’t but adolescent marriages in our country are too many. What is the difference? When you sign the document will those metaplasic cells go away or the little girls are magically protected against HPV? So what is the difference?
In the scope of the research financed by Sabancı Foundation and conducted by Uçan Süpürge Association, 1 in 3 brides in Turkey is married very young (http://t24.com.tr/haber/turkiyede-her-3-kadindan-biri-cocuk-yasta-evleniyor,220128).

We can see that the state is ignorant about marriages at age of 15 and under. However, even the official data are disastrous. For a parliamentary question previous Minister of Family and Social Policies Ayşenur İslam has answered stating that between 2008-2012 total of 2 million 264 thousand 288 children at the ages of 16-17 are married (http://t24.com.tr/haber/bakanlik-cocuk-gelinler-sorununu-gormezden-geliniyor,277607). Adding to this the ones married under the age of 15 the situation is really bad but we do not want to see this. The issue is non-political for me and my colleagues, the issue is the increase of the prevalence of the illness and the health of the society.

There is a famous study of Edebiri. It is published in 1990. The result of the study is striking also for us: He found out that if a girl has an intercourse within one year after the menstruation starts and is infected with HPV the risk of this girl having cervical cancer increases 26 fold!!
In the view that these are innocent children, they made love to each other, let us marry them, do not forget that you face your girl against a real serious risk of cancer. I do not event talk about the girls married at an early age having no chance to go to school or not growing together with their coeval friends and undertaking the role of mother without consent. 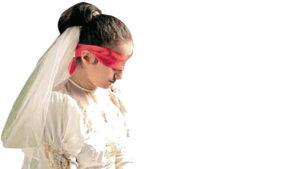 In brief, please do not do this! Using institution of marriage to cope with the instinct impulses arising in adolescence is a big mistake. Serious problems incur due to the people of this country who think to marry off to get rid of.

This is a problematic application regarding the HPV prevalence and infection because, as I said, we gynecologists do not want the girls to have vaginal intercourse before the age of 18. Answer to what can we do is education. Educating the youth, giving information on sexuality and telling about “What is safe sex? How it is applied?” should be the most important goals. The benefits of the courses given in the high school under the definition of “reproductive health” instead of sexuality are unfortunately limited.

If you ask the ideal, it is the age of 21. I can hear the ones saying “Too Late!” but I do not say it the science does (A grim smile is appropriate here). There is a strong study, more than 8 thousand cases are collected in an international platform and the results are published in 2007. According to the results of this research, the HPV prevalence of the ones who have intercourse in between ages of 18-20 increases 1.5 fold and ones under 18 increases 2 fold compared to ones having intercourse after the age of 21
(International Collaboration of Epidemiological Studies of Cervical Cancer. Comparison of risk factors for invasive squamous cell carcinoma and adenocarcinoma of the cervix: collaborative reanalysis of individual data on 8,097 women with squamous cell carcinoma and 1,374 women with adenocarcinoma from 12 epidemiological studies. Int J Cancer. 2007;120(4):885).
As I said, it is the age of 21.

2. Polygamy. The most disturbing thing for the women is to catch HPV infection despite having intercourse with a single partner. The frequent discourse is “I had one person in my life, I had one intercourse but this happened.” The psychological burden of HPV infection is heavy and especially on this country it affects very negatively the women who suffer.

And there is infollution on internet. If you have paid attention, there are loads of copy/paste information on many internet sites. In cervical cancer, CIN I or precancerous cervical lesions are in question or when talking about HPV infection in many internet sites, not giving too much detail, the “Polygamy” is listed at the top of risk factors.
Well it is but what is this infamous “polygamy” concept? Honestly, it is an interesting concept. Who to call polygamist can be discussed for years. Actually we can define this concept in two different ways: The first is partner frequency and the other one is safety of intercourse.

Let us open up the issue. When sexually transmitted diseases are in question, the number of people being in intercourse with is important regarding the infection risk. There is no point to discuss here. However when we check the literature it is hard to give numbers.
Regarding HIV (i.e. AIDS virus) infection, there are numbers given but regarding HPV, there are no numbers given regarding especially women and depending on the academic studies. For example, there were previously definitions like the woman having intercourse in periods shorter than 6 months, were called polygamist regarding HPV infection risk. However this lost its currency.
Regarding HIV, for the “polygamy” concept there is a definition that “It is said for the individual having intercourse with 5 or more than 5 people in a year”. Anyone can read on different resources but this 5 partner concept is also detailed. For example, it is a different matter whether the intercourse was unprotected or not.

Regarding cervical cancer, there is no ratio but for men there is a number given regarding oropharynx cancer. If a man has done oral sex to more than 6 women in his life then the risk of having oropharynx caner increases 8.6 fold. If he is smoking this risk is much more higher
(Chaturvedi AK, D’Souza G, Gillison ML, Katki HA. Burden of HPV-positive oropharynx cancers among ever and never smokers in the U.S. population. Oral Oncol. 2016 Sep;60: 61-67).

At this point the women are more lucky regarding the oral sex and oropharynx cancers are seen much less. As can be seen, concept of being “polygamist” is related to different parameters and there is no single correct answer. I shall go in detail later, however whether the man in the intercourse is circumcised or not, smokes or not, uses condom or not affects the infection risk and the definition of “polygamy”.

Also, the “high risk partner” concept should be emphasized. You can be together with a person for the first time but if you are not the first partner of the other person and if your partner had intercourse with number of people without protection then it means you have a “high risk partner.” Again for women, it is very important whether you are involved with this high risk male partner’s semen, i.e. whether he had ejaculated into the vagina without a condom.
As seen, there is no single concept and single truth. Thus, ladies the most important thing is to use condom during intercourse, if not possible then the person you are together with being circumcised, being a non-smoker, not to ejaculate into vagina without protection and as last, him not have been with more than 5 people in the last 1 year are the factors decreasing the infection risk. This information is important as you can see.

However, here the matter about the co-infection is the findings about facilitating infection HPV and delaying the clarification of the virus. For example if you have chlamydia you do not go from CIN I to CIN II on a fast track and become cancer but you increase the HPV persistence.

. In an important study made on 6418 women, it is shown that the only factor related to the HPV persistence is the chlamydia infection
(Ilvars Silins ve ark. Chlamydia trachomatis infection and persistence of human papillomavirus. Int J. Cancer: 2005; 116 (1): 110–115). 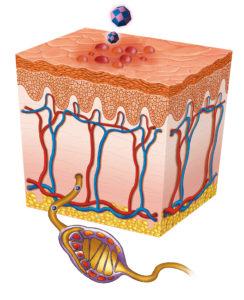 As a result the genital herpes infection, HSV Type 2, is concluded to act together with HPV and can increase the risk of cervical cancer. On the other hand in development and progress of the cervical cancer, the HPV type properties, woman being infected with HPV Type 16, seem to be a greater factor. In the research the HSV Type I is also examined but no relation can be show with HPV/cervical cancer. Well, why this knowledge is important for you, our patients? The most important duty of us, gynecologists is to treat both chlamydia and HSV Type 2 infection absolutely in optimal conditions in women coming in with complaints like leakage or problem at vulva.