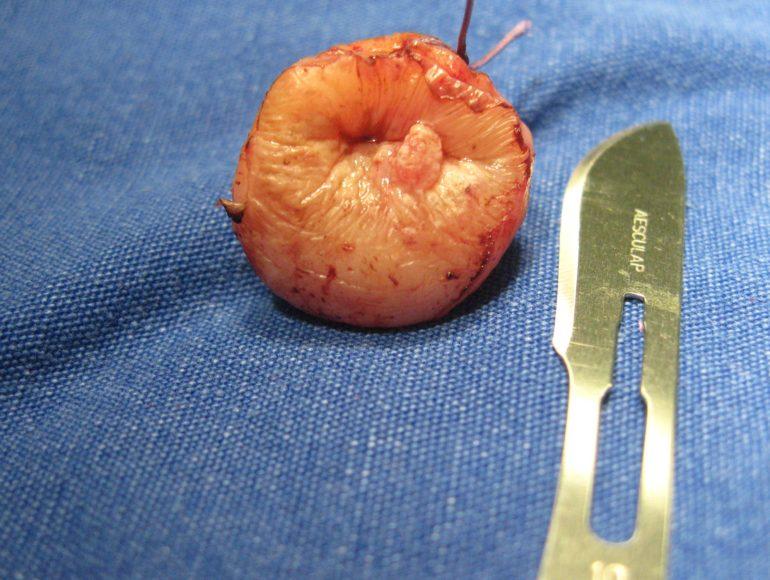 Conization, Ablation and Hysterectomy
First of all, let’s make the issue clearer. Surgical intervention is NEVER performed without monitoring the patient in CIN 1 or LSIL. The reason for it originates from having a potential to disappear on its own, by regressing completely by means of the activity of our immune system. Although there are different ideas, conization may be performed in case there is persistent CIN 1 in controls for 18 months.
Direct ablation (for example ablating cervix by freezing) is not preferred much in LSIL (CIN 1). The reason is detailed below.
Another issue is the patients, who completes her family and will not bear a child.

Complete removal of uterus, hysterectomy operation is a good option for these patients. However, from my point of view, basic purpose is to apply the method to cause the least complication to the patient. Therefore, especially conization is always a good option. Anyway, you may find the details below.

Basically the treatment is based on removal (conization) or destructing (ablation) of “Transition Zone”, in other words devastation of it. A couple of methods may be applied.
1. Ablation of Transformation Zone: Basically ablation, in other words burning, freezing of transition zone is a method not applied especially due to presence of CIN 2 or 3. Although it is asserted in new directive of World Health Organization that it may be used (WHO guidelines for treatment of cervical intraepithelial neoplasia 2–3 and adenocarcinoma in situ ) the most important facts are that biopsy material to send pathology is not achieved after ablation and especially whether there is problem in surgical limits is not understood. Therefore, it is not a method we like and I also don’t apply it personally; however, preferring it is a medical decision, it is never a mistake, a lot of gynecologists prefer ablation in the world.
2. Excisional Surgical Treatment, in other words Conization: There are 2 types of conizations: Cold conization and LEEP conization. In fact there is also laser conization; however, it is not used in our country and it has no superiority compared to other 2 methods.
Cold conization method is gradually moved away. The most important problem is to remove excessive materials from cervix during the procedure and complications such as bleeding occur much more. Although a group of surgeons claim that surgical limits are not observed well in LEEP conization and whether limits are positive or negative is not known as they are burnt, this circumstance is not a matter of discussion today and LEEP conization is safely applied routinely. Furthermore, complication risk is much less.
LEEP Conization is to remove problematic part of cervix as a cone to include transition zone by the help of electricity with a tool containing a fine wire. You can watch LEEP conization procedure in the video below.

It is quite efficient, easy to apply and complication risk is low. When each 3 methods are compared, it is demonstrated that absolutely more materials are removed in cold conization and laser conization. It is a circumstance directly affecting cervix insufficiency in case of a pregnancy after conization. (The volume perspective: a comparison of two excisional treatments for cervical intraepithelial neoplasia (Phadnis SV, Atilade A, Young MP, Evans H, Walker PG. laser versus LLETZ, BJOG. 2010;117(5):615.)

Complications depending on conization:

A. Early Period:: 1) Bleeding may occur during or right after the operation. The most important complication is current bleeding. However, it is easy to control bleeding during the operation. It may be cauterized or sutured. Th point to pay attention is not to evert, in other words bury, turn the remaining cervix inwards when sutured (in other words, stitch). Because monitoring sutured part shall be difficult when the limits are positive. 2) Postop early period patient may bleed. This circumstance is higher in case cold conization is performed. Bleeding frequency in the post-operative period in cold conization is 15% in cold conization and changes between 0% and 8% in LEEP conization. As a result, complication risk is low by an experienced specialist. 3) Infection is again more frequently encountered case in terms of cold conization. Severe infection may be observed in upper genital system such as parametritis, endometritis. But frequencies are quite low in LEEP conization.

B. Late Period: 1) Late period bleeding may occur 1-2 weeks later. Unfortunately it is a unforeseen and unavoidable complication. So your gynecologist must warm you. 2) Obstruction in cervix (Stenosis) Prevalence of this complication is also more in cold conization; however, it may be observed after LEEP conization. The patient should know this circumstance and absolutely contact with her gynecologist in case of severe pain during menstruation. Painful menstrual bleeding as dripping during the first menstruation often depends on the stenosis (obstruction) in cervix. However, no problem occurs during subsequent menstruation periods or it happens for 1-2 times in less level. In case of stenosis in cervix especially after cold conization, surgical intervention may be needed. 3) Late and the most important complication is insufficiency of cervix observed in females, who plan to become pregnant. This issue is discussed in another part in a very detailed manner. Please click the next link.