4. Circumcision and HPV infection in Women, Cervical cancer risk: I seen in some sites on internet. In these English language sites say that circumcision is not necessary and so on. These discourses approaching the event on the side that the small children are traumatized, do not have any importance when the issue is sexually transmitted diseases (STD).

The academic knowledge is clear. The circumcised male has a low risk of catching an STD. Thus the risk of infecting his spouse is low too. If you ask according to whom: It is so according to Bosch and Castellsague renown as “Knowledgeable person” all around the world on HPV. In the research of the team published in 2002 in a very prestigious magazine, in which 1900 couples participated, it is shown that circumcision protects the men against not only HPV but also against other STDs. They show that man being circumcised lowers the HPV frequency in the genital zone of the woman and also the possibility of cervical cancer
(X. Castellsague, F.X. Bosch, N. Munoz, et. al. Male circumcision, penile human papillomavirus infection, and cervical cancer in female partners, N Engl J. Med 346 (2002), 1105–1112).

Again in a study the same team published recently that is academically valuable and in which they reviewed total results of the independent researches (Meta-analysis), they have compared 8046 circumcised and 6336uncircumcised males and their spouses and showed that men being circumcised reduces directly the frequency of HPV in women. However being circumcised does not provide faster clarification of HPV. The study clearly showed that it reduces infection frequency and thus the HPV detection at the genital zone in women. However once infected, being circumcised does not create a difference for the person to clarify human papilloma virus from the body
(Ginesa Albero M.P.H., Xavier Castellsague´, Anna R. Giuliano, Francesc Xavier Bosch. Male Circumcision and Genital Human Papillomavirus: A Systematic Review and Meta-Analysis. Sexually Transmitted Diseases. 39 (2): 2012; 104 – 113).

As a result, being circumcised creates an advantage for the man for not to catch an STD thus for his partner. The prevalence of HPV infection at the genital zone of the partner of the circumcised mam lowers. Moreover, the cervical cancer prevalence in women with circumcised partners is definitely lower.

5.Smoking: Let us start with the definitive information. Smoking increases the risk of CIN II and III (HSIL) and the cervical cancer. It is definitively shown that smoking leads HPV Type 16 carrying cells to malign transformation at the endocervical region at the cervix.

Smoking delays the clarification of HOV from women.

Again for smokers, the components special to tobacco and nicotine causing cancer are detected in high rates in cervical secretions.

However the most important one is that in smoking patients with HSIL (CIN 2 and 3) diagnosis, the HPV clarification is delayed a lot and this condition increases the cervical cancer risk significantly. Thus, smoking is a serious risk factor for the HPV carrying individual regarding the cervical cancer

Moreover, in an article published 20 years ago, it is shown that in women who quits smoking the cervical cancer precursor (CIN) lesions regress faster than the ones continue smoking. In short do not smoke my friends. Quit!
(Szarewski A, Jarvis MJ, Sasieni P, Anderson M, Edwards R, Steele SJ, et al. Effect of smoking cessation on cervical lesion size. Lancet 1996;347: 941–943).

6. Having too many “normal” deliveries: You will ask, where did this come from but the data in our hands in this way, women who have given birth 3 or more times, have 2.6 times and who gave birth 7 or more times have 3.8 times risk of having cervical cancer
(Muñoz N, Franceschi S, Bosetti C, et al. Role of parity and human papillomavirus in cervical cancer: the IARC multicentric case-control study. Lancet 2002; 359(9312)1093–1101).

The research belongs to a time 15 years before the time of this paper however it is a great study. On the other hand, in a research published recently, that examined 1353 high risk HPV carrying women in Denmark also supports the findings from 15 years ago. According to the research to give birth 2 or more times (talking about vaginal birth) increases CIN 3/ “carcinoma in situ” risk of the woman 2 times.

However, a more interesting finding from this research is that, the “polygamy” concept you frequently criticize, this rate only increased 1.5 times in women participated in the study, who have been together with more than 14 partners. It seems that living with multiple partners carry less risk than giving birth. Of course it is discussable to approach the concept in this way. Because there are many factors to affect the data. For example, in Denmark women regularly use condoms during intercourse (yes you have heard right, do not believe the internet, condom really protects or decreases infection). At the end this is only one study. Too many partners or partner having too many partners is a condition increasing the risk in any case.

However at the end of the day, giving birth 2 and especially more than 2 times increases the risk of carrying HPV and having high grade cervical cancer precursor/cervical cancer. And this information does not change in the studies conducted in years
(K.E. Jensen, S. Schmiedel, B. Norrild. Parity as a cofactor for high-grade cervical disease among women with persistent human papillomavirus infection: a 13-year follow-up. British Journal of Cancer. 2013; 108, 234–239.)

Well, why? Stories are different. In 1996 a researcher called Autier, in his article published in Br. J. Cancer, claimed that for the women who performs too many vaginal births, the transitions zone which is loved by HPV, slides more to the vagina and face more HPV effects, thus the risk increases. 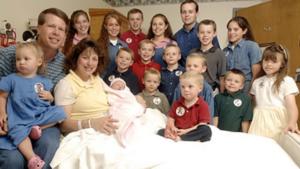 Whereas Appleby, in 2006, suggested that the hormonal changes in pregnancy and the pregnancy process itself, even though a normal physiological process, weakens the immune system and caused this condition.

Recently Castle (2004) and Williams (2011) claimed that giving vaginal birth increases the local tissue damage and the oxidative protein damage in the cells, therefore the HPV integration to the cells, i.e. coding itself onto cell DNA becomes much easier and thus the pathways leading to cervical cancer work more efficiently.

However the most emphasized one is the increasing estrogen levels in pregnancy. In pregnancy, physiologically high levels of estrogen is produced due to placenta. In 2007 Delvenne et al. then in 2009 Gariglio et al. showed that in pregnancy, primarily estrogen and then other hormonal changes weaken the cervical immunity and increase the HPV gene expression, i.e. production of proteins causing the illness from the HPV genes.

As a result the formation of cervical cancer or CIN 3 like lesions that are close to cancer in the women who gave birth to a lot of children increases.
The research is always on vaginal birth. I, unfortunately, could not find a publication studying differences between C-section and vaginal birth in this regard. However the clear thing is the cervical cancer risk increases for women who gave birth to more than 2 children.

The reason why is not clear. The mechanism is not known. Around 2004-2005 some theories on the E2 gene location in the genome of HPV were suggested but could not be proved. If you do not carry HPV there is no problem, if you do then you can use for 2-3 years.

8. Immunosuppression: Now we came to the subtitle where we shall utter clichés like strengthen your immune system. Let us clarify the subject. In cases that disrupts the immune system of the person, an increase in HPV and diseases connected to virus is seen.
The most basic model of this argument is that HIV, the virus causing AIDS, carrying women show more of cervical cancer and/or precursors. I shall not give a publication on this, because when you google it there shall be many publications on the matter.

Similarly, in patients using immunosuppressant drugs, for example patients with systemic lupus eritemotosus (SLE) or in severe ulcerative colitis cases, the prevalence of cervical dysplasia can increase but the most important thing is that even if the prevalence does not increase, the persistence (recurrence risk) increases.

To put it more plainly, when patients having the mentioned diseases affecting the immune system and the patients using drugs that negatively the immune system are infected by HPV, clarification of the virus from the body takes longer and present cancer dysplasia lesions are not cured despite of treatment.

Problem is that the relation between the HIV positive individuals and the cervical cancer or its dysplasia has been researched for long years and there are many studies on the subject, whereas, for example in cases with ulcerative colitis or where patients take immunosuppressant drugs, there are no studies regarding the HPV infection. 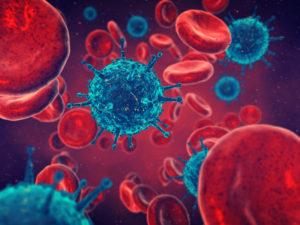 The published studies are mainly the ones researching HPV on organ transplantation cases and cases where immunosuppressant drugs are used. These data are also limited within. The usually show that it does not have an effect.
However the publication I couth in a paper I found in the Uptodate site. A research studying the relation between diabetes and the genital warts. Its heading is interesting too: “Diabetes and genital wart: Unhappy coalition”. The research is done in England only on women patients, it showed that the genital wart frequency and recurrence possibility is higher in the women with diabetes. As I have stressed before, this is a study and not God given truth and I think this issue is an open area for my young colleagues to work on 😊
(Yong M., Parkinson K., Goenka N. Et al. Diabetes and genital warts: an unhappy coalition. Int. J. STD AIDS. 2010; 21(7):457-459.)

However what is clear is that diabetes patients, patients taking immunosuppressant drugs (ulcerative colitis, organ transplantation patients, people with SLE like rheumatic diseases) and patients whose immune system fails directly due to their illnesses (typical example AIDS patients or cancer patients after chemotherapy) are more sensitive to HPV infection and if there is a disease connected to HPV infection the progress of this illness takes longer and also relapses occur more.