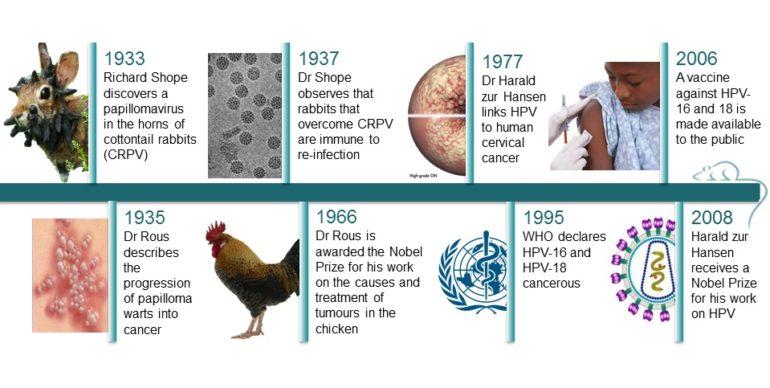 Historical Background of HPV and Diseases It Caused

[row]It is mentioned in ancient Greek and Roman sources that the skin warts are present and also it is a sexually transmitted condition, however it took a long process to understand that these lesions are due to a virus and some of the virus types of the same family cause cancer.[/row]

[row]The first study regarding the cause of the warts and possible risk factors in the history of modern medicine was published by an Italian doctor in 1842. Mentioning in his notes that warts are seen more frequent in women with previous sexual intercourse and more than one partner, he claimed that these warts can be due to a disease factor that is sexually transmitted.[/row]

[row]Subsequently, in 1907, another Italian Dr. Giuseppe Ciuffo also defended the hypothesis that the skin and genital lesions are due to a virus however insufficiency of the technological opportunities he could not prove it.[/row]

[row]In 1933, Richard Shope and E. Weston Hurst have given parts taken from the warts on cottontail white rabbits to other white rabbits and observed wart formation on healthy rabbits thus showed that these warts are contagious.[/row] 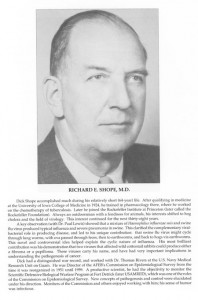 [row]Just later, Peyton Rous and Joseph Beard, in 1935, showed that this virus is tumorigenic and cause the skin cancer to be contagious in rabbits and taking this information as basis: called it CRPV-cottontail rabbit papilloma virus. This condition caused the recognition of the first DNA virus. Identification of virus based and contagious skin cancer won Francis Peyton Rous the Nobel Prize in Medicine in 1966.[/row] 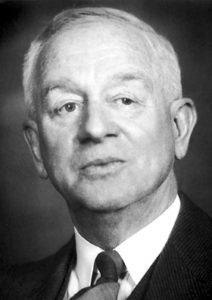 [row]Effective usage of the electron microscope in 1949, visualized the viral cause of the warts.[/row]

[row]However in 1974, German Dr. Herald zur Hausen indicated as first that the HPV is the cause of the cervical cancer. While it was thought to be the Herpes virus as a factor, Dr. Hausen showed HPV in cervical cancer in 1983 and reached the main tuning point of all the information we gathered today.[/row] 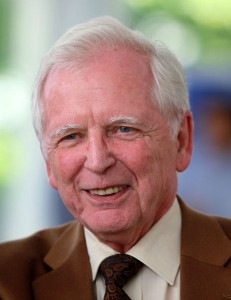 [row]In the light of this information, tens of articles were published. As the result of the academic studies, it is clearly proved that the main factor in occurrence of the cervical cancer is HPV virus and this virus has many types and not all but some of these types cause cervical cancer.[/row]

[row]Again as the result of conducted studies, it is determined that HPV causes infection in puberty, this infection is cured in many people without any indications but in other it causes a clinical disease or tens of years later causes changes in cells that lead to cancerous transformation.[/row]

[row]Discovery of academic information and details caused scientist to focus on prevention methods against this virus. As a result the idea of identifying HPV types causing cancer and developing vaccines against these types was proposed.[/row]

[row]Later on in 2006, the production of vaccines that prevent HPV infection and cervical cancer was made possible.[/row]

[row]In 2008 Nobel Prize in Medicine was given to Dr. Hausen who in 1983 defined the fundamental knowledge for production of a vaccine preventing cancer by indicating that ‘the cause of cervical cancer is HPV’ and drew attention on the subject by his work.[/row]

[row]In the path opened by Dr. Hausen many HPV subtypes were identified and are still being found. Today vaccines for HPV type 16 and type 18 that are known to be the cause of 70% of the cervical cancers are produced. Among the vaccines produced for protection against cervical cancer, vaccine covering HPV types causing warts are also produced.[/row]

[row]Available vaccines are preventive (protective) against HPV infection. Besides these vaccines, studies for vaccines that can be used in the treatment of people who have been infected with HPV continue densely.
In the future the research for clarification of the diseases thought to be caused by HPV and efficient protection and treatment methods against these diseases shall continue.[/row]