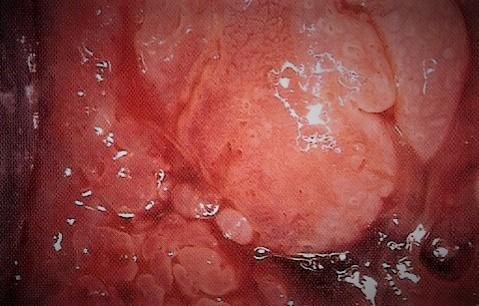 I believe it shall be useful to clarify something. If no smear is taken within the last 1 year, smear should be taken from every pregnant woman. Do not worry, when you are pregnant, “examination from below” do not cause miscarriage. The miscarriage risk in the first 3 months of pregnancy is 15%. It means that, whatever you do, I am sorry one woman in every 6 loses a child.

. Abnormal smear detection frequency in pregnancy is about 2-7%. According to American data there is abnormality detected in one in 20 smears taken from the pregnant woman (Stonehocker J. Cervical cancer screening in pregnancy. Obstet Gynecol Clin. North. Am. 2013; 40:269-282).

As the result of smear if ASCUS and CIN I come up, their management is not different from non-pregnant women. Only, here, HPV typing can be done and colposcopy can be left post-labor.

However ASC-H is an important problem. Normally, for the patient with ASC-H in the smear, we expect to detect HSIL. However, due to increased squamous metaplasia in pregnant women the findings in the smear can be misguiding. In the pregnant women with detected ASC-H, colposcopy must be done, however only if suspicious lesions are seen then biopsy can be performed. Otherwise the biopsy should be delayed to post labor.

. However in case of HSIL (CIN II – CIN III) detection in the smear, colposcopic biopsies can be taken and there is no complication risk in experienced hands. Only difference is that endocervical curettage can never be done for a pregnant woman.

. The problems arises when the result of the biopsy comes as CIN III. Should conization be done? In case of detection of in situ cervical cancer, conization can be done. However, if conization shall be performed, it must be done in the 2nd trimester, the second three months of the pregnancy (13-24th weeks of the pregnancy).

If understanding whether there is invasion in pregnant women shall not change the time or way of the labor then conization should be preferred to be left to post labor.

Let me explain more clearly. If the results of the biopsy from cervix require that information should be gathered about the spreading of the tumor as to change the time of delivery, conization should be done during pregnancy.

You can find the detailed information on the subject in the “Pregnancy and Cervical Cancer” section.

Another question asked by this group of patients is that “There is a problem in smear and colposcopy but you are delaying the treatment to post labor, would not the present problem progress during pregnancy?”

The best study on the matter is published in Sweden in 2013. Karrberg et. al found out that only 12% of the patients have progress in lesions in the study where 251 early pregnancy women with detected abnormal smear were examined. Meaning, for example when it was CIN I it became CIN II. In approximately 90% cases the lesion did not progress during pregnancy.
In 55% of the women the lesion remained same and in 33% of the women it has regressed. Moreover pregnant women had received colposcopy, LEEP biopsy under colposcopy, even conization however no complications and difference from normal pregnancies for the child or an increase in complication risk (for example premature delivery, bleeding etc.) are detected. Miscarried women ratio was very low with 0.8%.

As a result, abnormal smear and precancerous lesion assessment is not different in pregnant women. The most important thing is not to act unnecessarily or aggressive, not to perform endocervical curettage. Even if it is a stress source for the mother, generally no problems occur and the mother can hold her baby in health.

The patient can do vaginal delivery. After birth, within 6 weeks smear repetition and patient evaluation is a must.